North Korea Tries to Launch Missile Amid US Tensions

North Korea says nukes only for US

North Korea shaken by strong tremors in likely nuclear test. Sunday September 3, 2017. The USGS (United States Geological Survey) initially reported a first tremor as a 5.6 magnitude, but later raised it to 6.3, while China's earthquake administration said it detected a 6.3 magnitude earthquake in Northeastern North Korea, calling it a "suspected explosion," Reuters reported. The depth of that quake was recorded as zero kilometers, the China earthquake administration said, according to Reuters.

The report cited the USGS as saying the first tremor occurred at around 12 noon North Korea time, 1:30pm AEST.

Earlier Sunday, photos released by the North Korean government showed Kim talking with his lieutenants as he observed a silver, peanut-shaped device that was apparently the purported thermonuclear weapon destined for an ICBM.

North Korean tensions escalate amid threats and show of force

A wave of panic rattles Hawaii after false missile alert 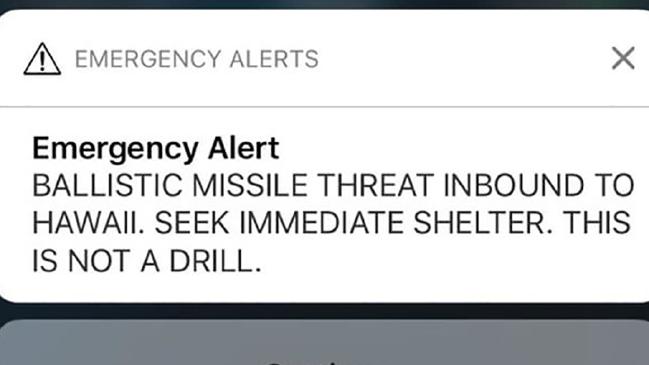 Extract - Shadow of war over Korean peninsula lifted only temporarily

Trump Calls Summit Cancellation a 'Setback for the World'

North Korea's state newspaper accused the US of "hatching a criminal plot to unleash a war against the DPRK" while "having a dialogue with a smile on its face" Sunday following a report on South Korean radio that American forces in Japan were running drills aimed at invading Pyongyang.

North Korean leader Kim Jong-un says his country needs to deliver a "telling blow" to those imposing sanctions by ensuring its economy is more self-reliant.

The short-range missiles tested by North Korea can strike much of South Korea and may be able to carry a nuclear warhead, military experts said, providing Pyongyang with extra firepower as diplomatic frictions grow with Washington.