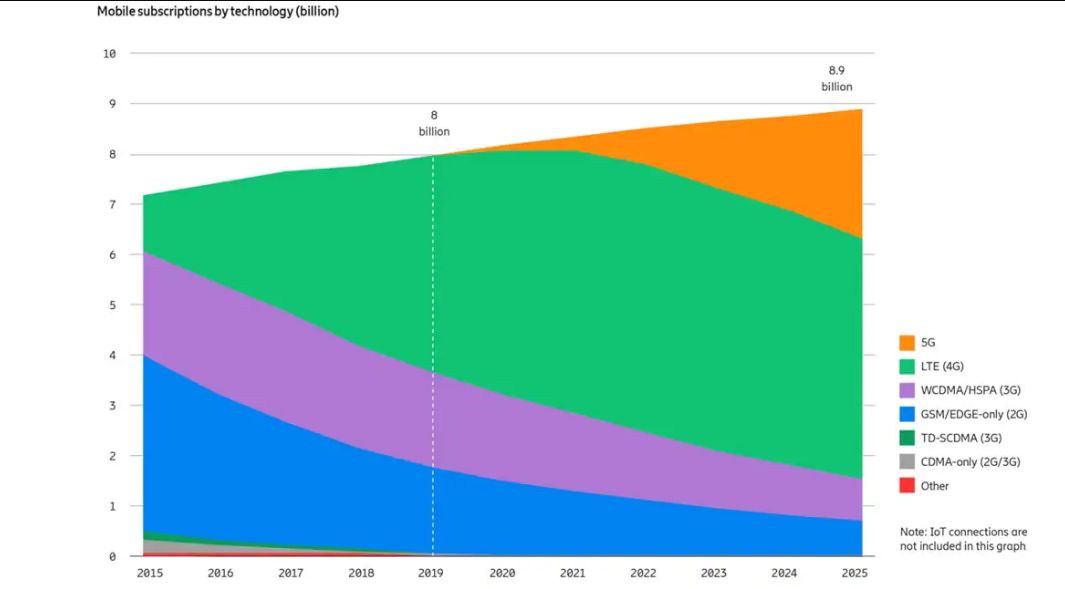 Telstra On 28 May 2019, Telstra launched its first 5G mobile phone plans (a Samsung Galaxy S10 smartphone at $199 per month for unlimited data), and mobile modems (HTC 5G Hub at $104 per month for 100GB and $10 per gigabyte thereafter). Both Telstra plans were afterwards altered to 150GB maximum allowance for $100 per month plus device cost (the phone at the time was $40 over 36 months) and rather than excess charges being applied, speed was instead capped at 1.5Mbps.
Click here for Telstra's current Coverage Map.

Vodafone launched 5G in seven UK cities on 3 July 2019. It switched on its 5G network in Australia in March 2020, in Parramatta in Sydney.
Click here for Vodafone Australia's current Coverage Map.

Throughout Australia, all three mobile networks are still predominantly 4G.
5G coverage will be an issue for a while.

Click here for Ericsson's background article to the chart at the top.