The Phoenician alphabet of ancient Tyre and Sidon, and a close derivative of theirs called Paleo-Hebrew (i.e. Old Hebrew) is said by many non-Jewish scholars to pre-date the "square" Assyrian script that is used in the teaching of Hebrew in modern Israel. However, according to the bulk of Hebrew scholars click here, it is the Assyrian script that was employed by God when he gave those Ten Commandments and those books that Moses wrote in the Hebrew language way back in 1505 BC.

And, yes, who are we to say that they are wrong

Now, this Assyrian script "Ktav Ashuri" that forms the Hebrew alphabet has 22 characters, with the alphabet pronounced as kathav, handwritten messages as miktav, and a single character as "oat", a sign, token or mark. These characters are read right to left.

So, as the years went by, the script passed through those major Phoenician trading cities of Tyre and Sidon, becoming the Greek alphabet of 24 characters, referred to as gramma in the New Testament. The characters are now read left to right. 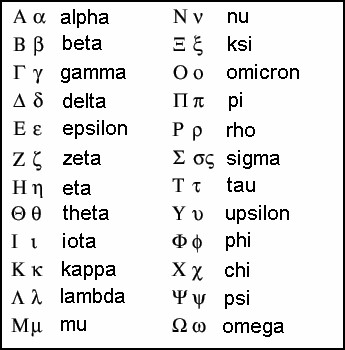 and a close derivative, the modern 33 character Cyrillic alphabet of Russia further up to the north.

Further west it became the 23 character Latin alphabet of the Romans (and then of course the Roman empire of Britain, France, Spain, etc). Referred to now as littera, letters.

In Germanic lands before 1000 AD the runic ("secrets") alphabet known as Futhark (or Fuþark) was popular. It is thought to be a variation on the old Italic alphabet that preceded Latin.

In the Middle East, it turned into the 28 character Arabic alphabet which spread from Turkey all the way over to Mongolia

Down in India, we find the Devanagari alphabet, also one of its derivatives, the Tamil alphabet. Regarding Devanagari, the following article, though old, brings up some interesting points.

Devanagari (i.e. divine writing), the Hindu name for Hindi (and the earlier Sanskrit) alphabet is based on the ancient Brahmi script which is now commonly believed to be of Phoenician origin. The oldest extant forms are those occurring on the rock inscriptions of King Asoka about the third century B.C. Since that time the letters have undergone considerable change, still further removing them from their Phoenician prototype, from which the system also differs in that it is written like the European alphabet of the same origin, from left to right, whereas the Phoenician ran from right to left. The complete alphabet consists of 50 letters (16 vowels and 34 consonants)...

Brought to India by Indo-Aryan speakers, the "noble" people of ancient Persia / Iran who in Esther 1:1 ruled over India. Click here for the Britannica article on the history of the Aryan people.
In Genesis 10:22, the nation is referred to as Elam, the eldest son of Shem.

Finally, the thousands of characters used in Chinese, Korean and Japanese, are based on a completely different system, and if the old scholars are correct they are derived from the writing systems of the Sinites, a Canaanite family who settled China shortly after the flood around 2250 BC.