In addition to the information on the map below, Acts 20 tells us that Paul initially travelled from Ephesus into Macedonia in the north-west, probably via Troas. We know it was in Macedonia that he wrote 2nd Corinthians. He then travelled south into Greece (Corinth) for three months, and wrote the letter to the Romans. He next travelled back north to Philippi (in Macedonia) for the Passover before returning to Troas and from there to Jerusalem. 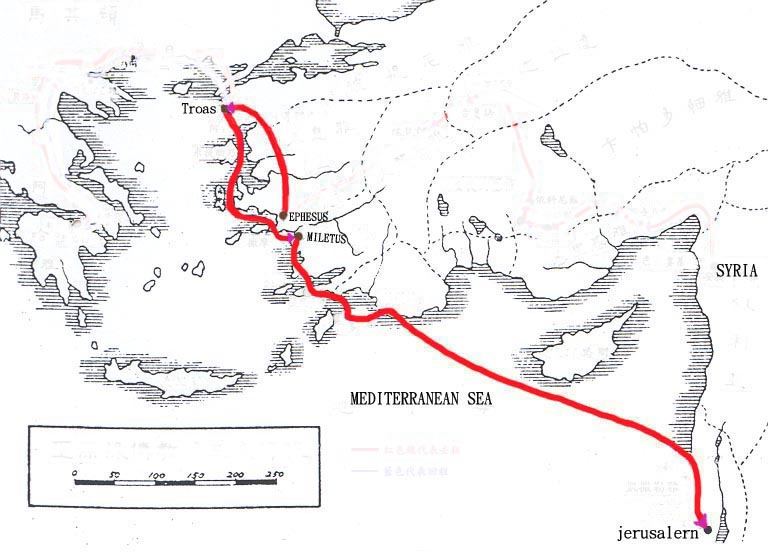