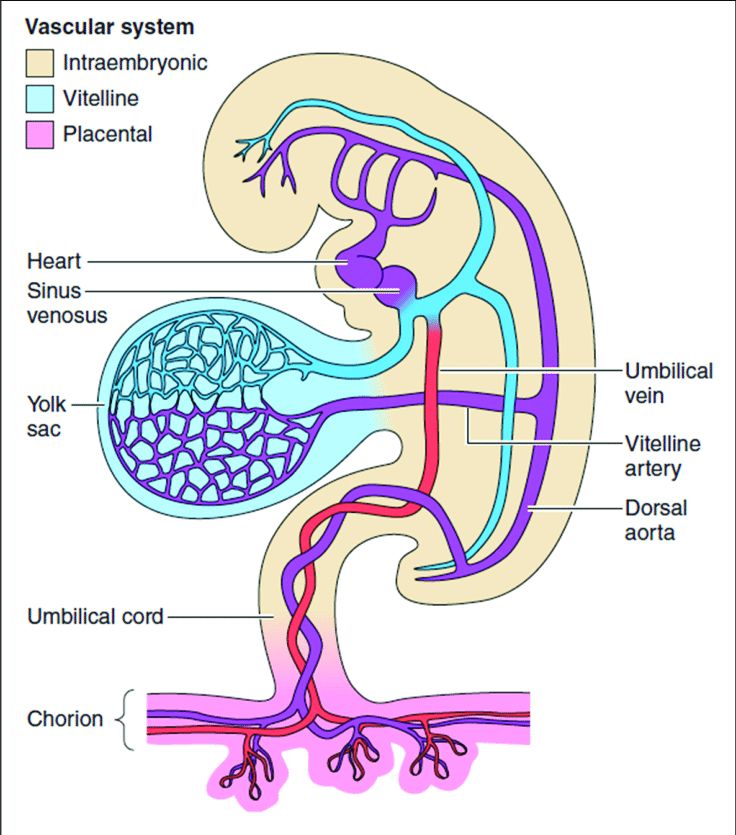 The vitelline and umbilical veins begin as pairs of symmetrical vessels that drain separately into the sinus venosus of the heart. Over time, these vessels become intimately associated with the rapidly growing liver.

Initially blood is conveyed to the wall of the yolk sac by the vitelline arteries (a branch of the dorsal aorta).

After circulating through a wide-meshed capillary plexus, it is returned by the vitelline veins to the tubular heart of the embryo.

This constitutes the vitelline circulation, and by means of it nutritive material is absorbed from the yolk-sac and conveyed to the embryo.

Much of it is incorporated into the primordial gut during the fourth week of development.

During week 3, a finger-like outpocketing of the yolk sac develops into the allantois, a primitive excretory duct of the embryo that will become part of the urinary bladder. Together, the stalks of the yolk sac and allantois establish the outer structure of the umbilical cord.

Further notes on the umbilical cord
Extract from ncbi.nlm.nih.gov/books