What is the molecular formula for semen? - Answered


chasemoe Professional Question Asker Does sperm then have a molecular formula?

[deleted]
No, it's a complex cell made of millions of different molecules.

Hayarotle
Molecular formulas are for molecules, semen is not a single molecule, but rather a mixture. A "ingredient list" would be quite interesting to see, however.

PhilK31
To add on think of it this way: molecules make up structures called proteins... millions of these building blocks lets call them, make up living cells, such as sperm cells.

foragerr YesStupidAnswers
people, don't downvote a guy for asking a question, however inane.
remember, there are no stupid questions.

Well, you could, theoretically, give a list of compounds commonly found in semen, which would necessarily be different for each person, since DNA is a component of semen. Then there's the water component, and you know the chemical formula for water (I hope). And then there's a soup of proteins.

The image on that page is a model of a protein. Every tiny texture bump on that model represents at least one atom, probably a small cluster or "side group." These bonds between groups bend and flex and reconfigure themselves so that all the atoms in the protein are as close together as possible without being so close that they piss each other off. (Yes, this is a horrid, unforgivable oversimplification.) It's an immensely complex structure, and you may have heard online that a lot of brainpower has been poured into figuring out how a protein bends to make its best shape--something that's not usually obvious considering the large number of atoms, and hence charges, involved.

Even DNA is just one protein, one molecule. If you were to print out the super-simplified version of one molecule of one person's DNA, in the G/C/T/A form, you'd get pages and pages of printed paper, more than enough to fill a roomful of file cabinets stuffed with DNA printout. And remember that each letter in that sequence represents a side group of 12 atoms or more, and that each has its "opposite" on the other side of the DNA ladder, and that the "rungs" of said ladder have to be held together by something...

...and that every single sperm cell has a DNA molecule like that...

...in addition to all the other proteins it has to make its parts do what it needs to do...

Yeah. That's a hell of a lot to try to quantify.

Not that it's not possible! But, like, grab a Snickers.

Sparkiran
Semen is a fluid made mostly of water and some proteins that carries the sperm along. It is separate from sperm, but in common language, the terms tend to be interchangeable.

Sperm themselves are single celled organisms, each carrying half of your chromosomes (your DNA, which meets up with the female's egg, that carries the other half of the DNA needed to make a human).

They have a cell membrane, and little organelles (think tiny organs for single celled critters) and a nucleus where the DNA is kept. They also have what's called a flagella, which acts like a propeller on a boat, pushing them forward.

Sperm are incapable of living on their own, and they're more like a firework than a bacteria or white blood cell. They go as fast and as hard as they can for the few days that they have energy, then stop moving, as they can't eat, and so can't refuel.

This is a diagram of a sperm cell.

As you can see, a single sperm cell is made of millions upon millions of atoms, so a chemical formula for one is not really efficient. Cells are pretty complex little things though!

SWCS To further elaborate, click here for the four macromolecules (long molecule chains) 1.carbohydrates (or sugars), 2.lipids (or fats), 3.proteins (body building and signalling amino acids), and 4.nucleic acids RNA and DNA ("ribo" — a "gum-like" molecule found in the nucleus of the cell, with "deoxy" DNA having one less oxygen atom to RNA).
These, together with water, are found in living systems throughout earth.

In the nucleus, in the DNA of one sperm cell there are three billion molecular units of grouped atoms, mainly of Carbon, in combination with atoms of hydrogen, oxygen, nitrogen and phosphorus. Click here for a page on its basic biology.

How many atoms are necessary in those 3 billion units (base pairs) of DNA carried inside each sperm cell?

According to the following "back of an envelope"

calculation, the DNA–very roughly–contains 204 billion atoms. About 68 atoms are necessary for each unit.

Click here for the 23 pairs of chromosomes found in human DNA. Two "ladder-like" strands 1½ metres long, 20 trillionths of a centimetre wide that mostly wind around themselves and some specialized proteins inside the nucleus of each cell. Also the genes (the genetic coding, about 1% of DNA) found in each chromosome. The 46 chromosomes in total contain about 20,000 genes (or instructions).

There are trillions of cells in each person, perhaps 30 trillion cells with an average weight of two to three nanograms i.e. billionths of a gram. Every cell starts with DNA in its nucleus, though red blood cells, 26 trillion of them packed together, extrude the nucleus to make room for hemoglobin, the protein molecule that carries oxygen to the tissues, returning carbon dioxide back to the lungs. Nails, hair, skin also lose the cell's nucleus.

There are about 86 billion neuron cells in the brain, which includes the motor and sensory neurons in the central nervous system.

Back to the ovum and sperm. The ovum is a very large cell (comparatively speaking) weighing 3 millionths of a gram and measures .12 mm in diameter, the size of a pinhead, just visible to the eye. The sperm's nucleus is .005 mm, its tail is .05 mm, and it weighs just 22 trillionths of a gram (see here), though about 250 million are released during procreation. If two eggs are fertilized (by two sperm), "fraternal" twins result. If one egg is fertilized (by one sperm) and subsequently splits into two identical halves, "identical twins" (much less common) result.

Click here for a fairly straightforward article on the steps involved in mitosis, normal cell division. 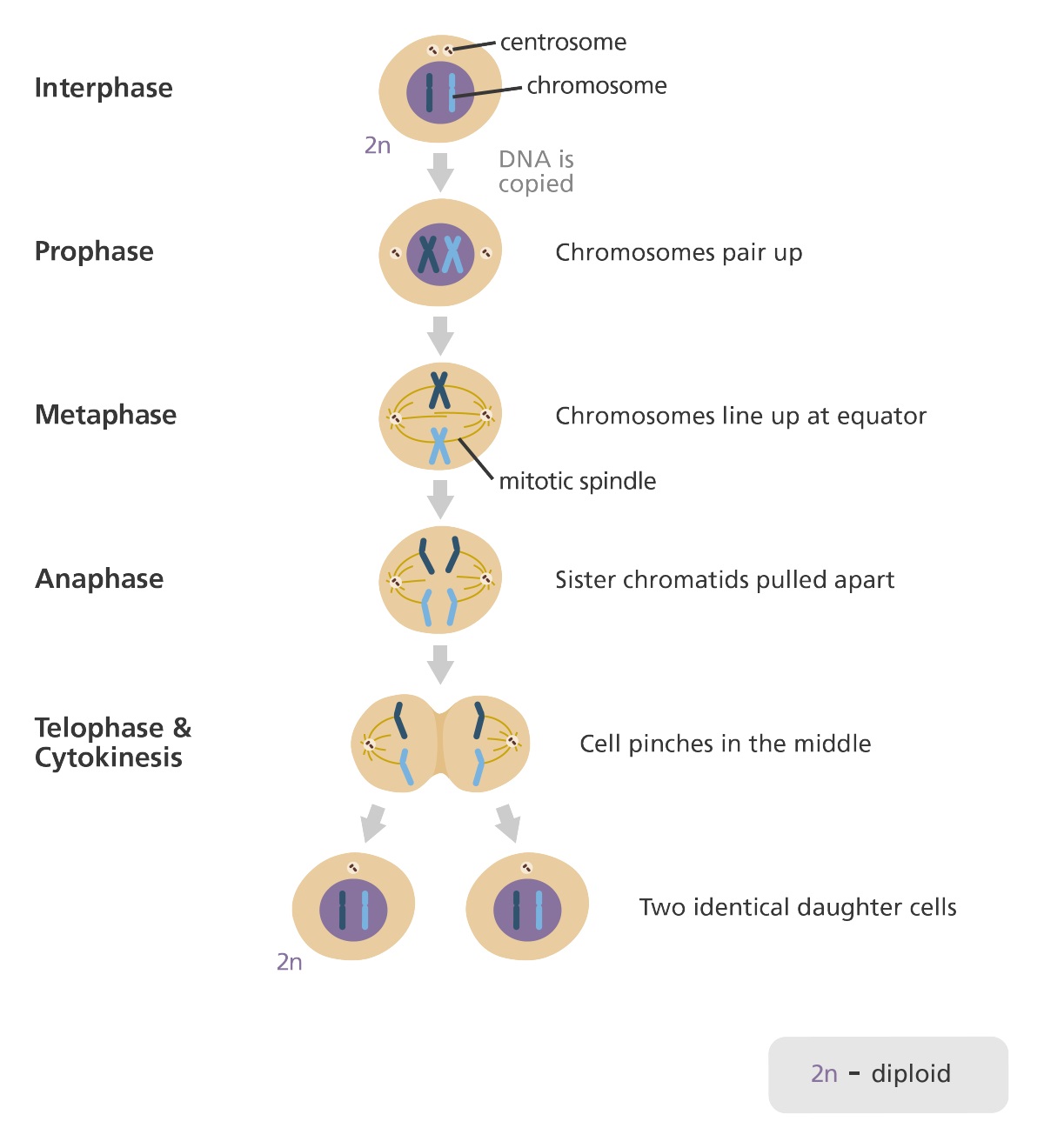 Where male and female cells divide twice in preparation for reproduction

Click here for this article on meiosis, where male and female cells divide twice in preparation for reproduction. 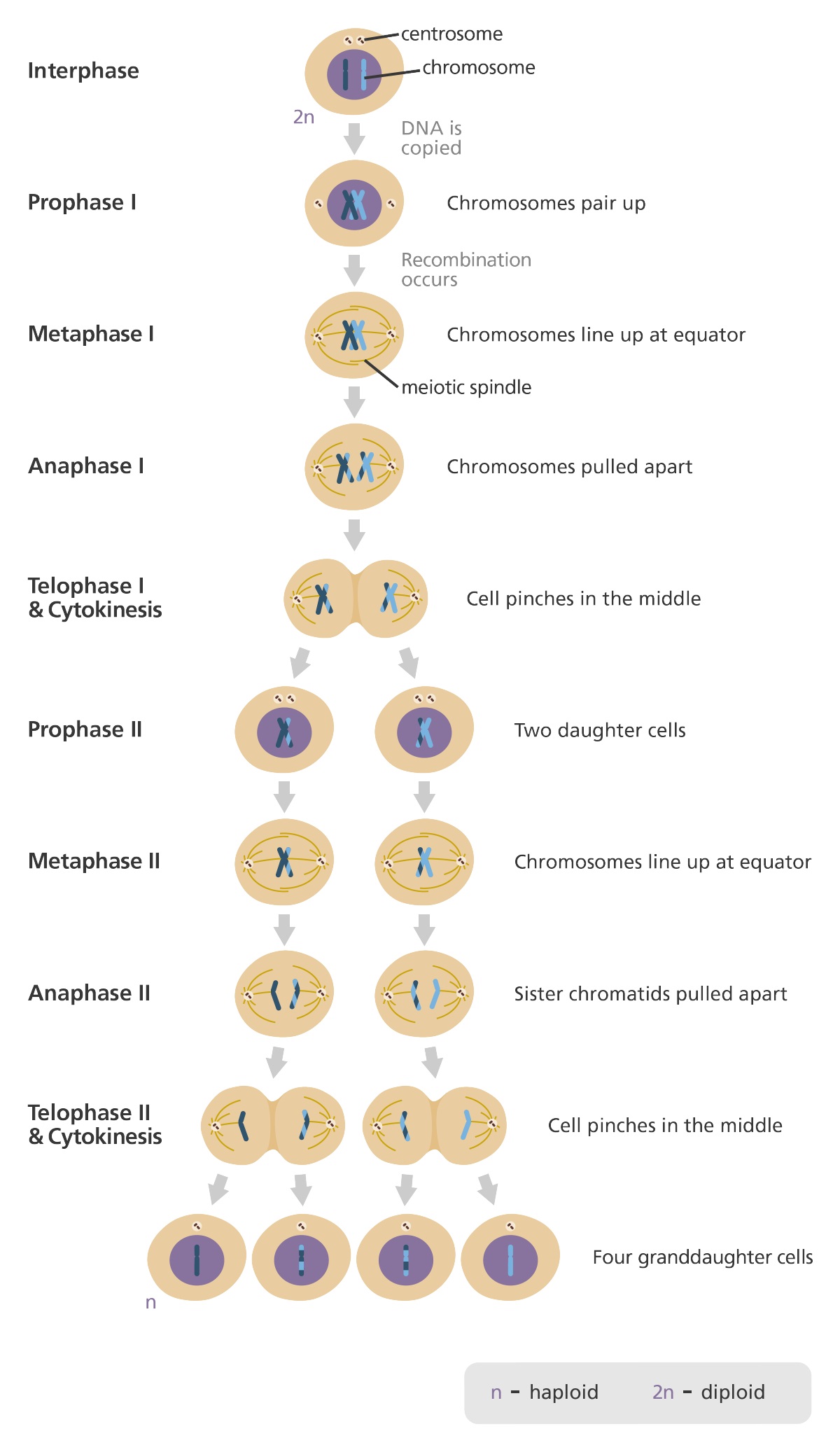 From www.thescienceworld.com and British Medical Journal

When You Lose Body Fat, It Becomes Carbon Dioxide

If you've ever gone on a daily exercise regiment and lost weight you must know it feels great to see those scales tip in the right direction. It comes as a sense of accomplishment and relief that the flab that you once had is slowly becoming history, but like history it just doesn't evaporate in to thin air — or does it?

Physicist Ruben Meerman had dropped 15 kilos and became interested in the science so he consulted around 150 doctors, dietitians and personal trainers on where the mass of the fat goes when we "lose" it. He was surprised to find out that none had a satisfactory answer, more plainly speaking they didn't have a clue. Most of them that had an answer said that the fat was converted in to heat energy. But according to the law of conservation of mass this is impossible. So Meerman studied this phenomenon at the University of New South Wales Science in Sydney.

Their study, which was published in the British Medical Journal yielded results that may prove revolutionary, yet like all great truths the results hit you in the face as common sense. It turns out that we lose the fat through excretion.

We gain fat when unused proteins and carbohydrates are converted into triglycerides and stored in fat cells. When we inhale oxygen it breaks down the fat in our bodies and breaks it down into water and carbon dioxide. We lose the carbon dioxide through exhalation and the water through urination and sweating. The equation is given below (for all you chemistry buffs).

Of course this process requires exercise to make a significant dent in your weight. At rest, a 70kg man may breathe 12 times per minute (17280 times a day) exhaling 8.9 milligrams of carbon with each breath. In a day spent asleep, at rest, and performing light activities, the average loss is about 203 grams per day.

Replacing one hour of rest with exercise that raises the metabolic rate to seven times that of resting by, for example, jogging, removes an additional 39 g of carbon from the body. But a single 100 g muffin will add 40 grams of carbon straight back. Physical activity as a weight loss strategy is, therefore, easily foiled by relatively small quantities of excess food.