Nicodemus and Nicolaus of Damascus

Subject: Some thoughts on Nicodemus, Nick, and some light humour from the Courier :-)

Hi all
Chatting about Nicodemus this morning, mentioned three times in the Book of John but nowhere else in scripture, last time of his mention was about him bringing all the ointments and stuff to prepare Jesus's body for burial, what a beautiful man

Ok, some further study on Dave's query whether this man Nicodemus was originally a Greek, there is a Jewish person called in Hebrew: Nakdimon ben Gurion, () who is mentioned both in the Talmud and in Josephus as living at that time. Some think he is the same man who was that "Teacher of Israel" in John but they can't definitely say, but even if it is not the same person, Nakdimon (as we might spell it in English) is shown to be valid as a Jewish / Hebrew name at that time, with Nicodemus thus being written in history and in the Book of John as its Greek equivalent.

Nicolas and Nicolaus and Nicola are three other similar Greek names at that time, basis of the many men (and women) called Nick today

, now was the early Greek / Jewish Church deacon who lived in Jerusalem in Acts 6:5, but not very much written about him except that he was a Jewish convert from Antioch.

But another famous one was a "Hellenized" Jew (i.e. a convert to Greek philosophy and paganism) called who was apparently a tutor to Mark Antony and Cleopatra's twin children. After Mark Antony and Cleopatra died in 30BC, Nicolaus possibly went to Rome when the twins moved in with Antony's children with his earlier wife Octavia, who was Octavian (Caesar Augustus)'s older sister. Later, Nicolaus served as a historian in King Herod's court up to the time of Herod's slaughter of the infants, followed by Herod's death. Finally he went to Rome with Herod Archelaus (just when Jesus was born and was in Egypt) to promote Herod Archelaus's claim to the throne of Judaea. Apparently Josephus had no trust for his words, Josephus said they were designed to advance his career, disregarding truthfulness.

Thought by many to have become the basis of the "Nicolaitans", literally ("conquering the lay people", the "little people"),and whose deeds and teaching are condemned as "hated by God" in those letters by John to the seven churches (Ephesus and Pergamon).

Click here to read more about this character, apparently wrote about 144 books, most of which got lost, praise God.

Talking about "games" some light "Games of Thrones" action in the Courier Mail this morning with Albo, Chris Bowen, and Tanya in the Tower, a little wordless, or is that worldless 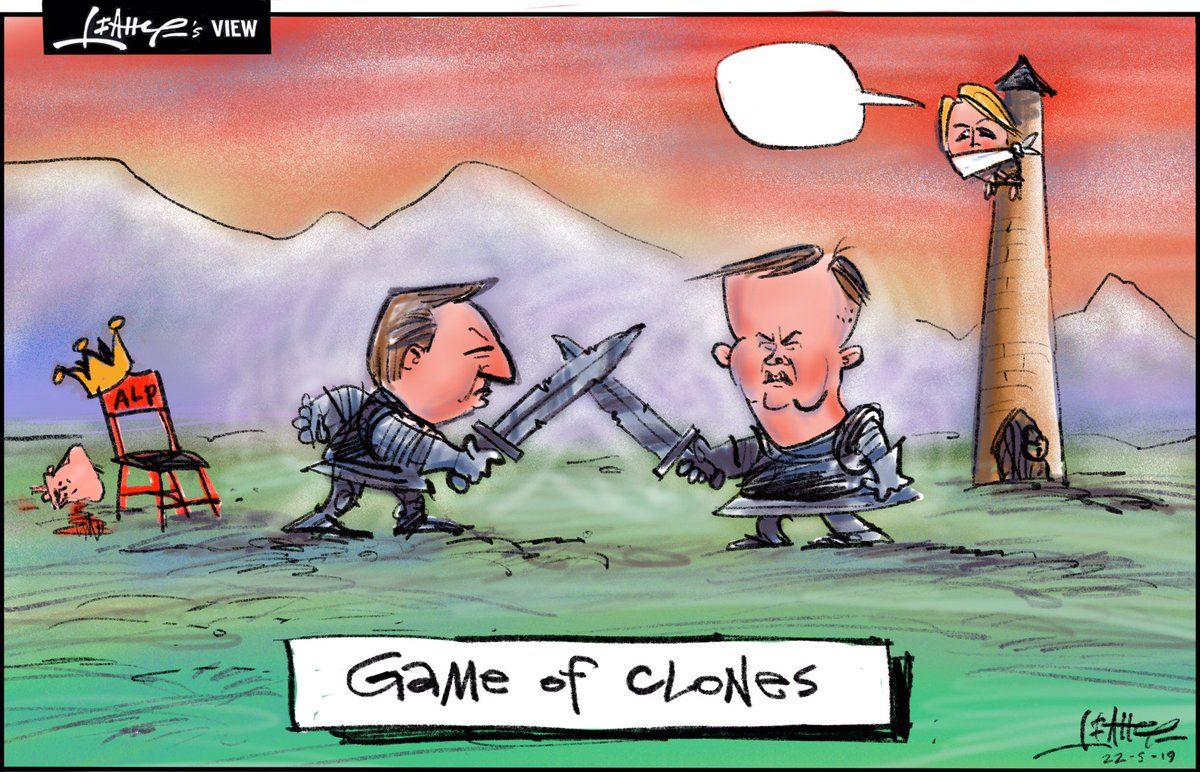